The Situation Room: War in the Ukraine

In this special and exciting edition of the Situation Room, Paul Plane and CSS Director J. Flores discusses the rising possibility of a war in the Ukraine.  Flores explains that we should see, this week, as much as a doubling of the mortality figures in the coming week alone compared to what we have seen since February.  He gives a series of scenario projections along with various statistics of body counts for those scenarios. 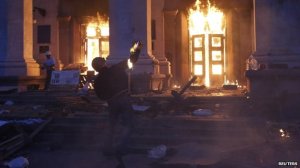 This comes the aftermath of the Pravy Sektor massacre by arson of 40+ Pro-Russian protesters.

There is also new evidence that numbers were higher and that people were murdered by gun shot and other methods before being burnt here –> http://ersieesist.livejournal.com/813.html <

There is no turning back, and Flores discusses the reasons why Putin (and Shoygu) are not taking the Odessa bait. Rather, the Russians are waiting patiently until at least after May 11th when the referendum takes place.  This referendum will place the question directly to residents of leaving Ukraine and joining the Russian federation. 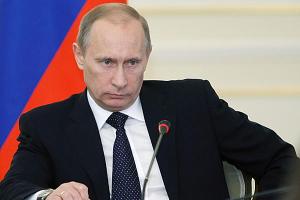 Putin has already received authority from the Duma to use the military to take action in (the country formally still known as) Ukraine to protect Russian people.  Shoygu has been working closely with other trusted establishment personnel to contain and control effects of the Kiev Junta violence in various parts of Ukraine. This will be of significance in order for further events to unfold in an orderly manner in the rest of the south of Ukraine, all the way to Odessa, where pro-Russian uprisings will occur in on a west-ward march along the Black Sea up until the Soviet Republic of Transdniestria. 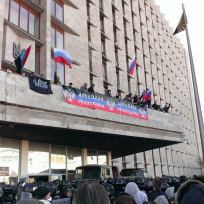 They must wait until after the May 11th referendum, which is mostly why we see US efforts to attempt to provoke action before then.  This leads to a series of interesting twists and turns which Mr. Plane and Mr. Flores delve into with much greater detail. ‘Who’ is gaming ‘what’ and ‘how’ are the big questions of the day for geopolitical and geostrategic analysts. 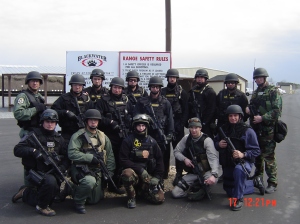 Kiev-1 will operate as a combination death squad and irregular force given carte blanche to act with impunity.  Many political activists and innocent bystanders will be killed.

This is aimed specifically at Russia in order to provoke a humanitarian response from Shoygu and Putin prior to May 11th.

Flores explains the likelihood of Russian’s ‘silent majority’ of European friends and allies in the German establishment having likely given Putin the green light to act and intervene to preserve the piece in the region, given Russia and Germany’s robust ties.

However this ‘green light’ is only as good as the western media machine – still in the hands of the NATO related intelligence machine – is unable to spin events any other way than at least ‘neutral’ towards Russia and Putin.

Various politicians on the European nationalist Right (e.g Le Pen) and radical Left have already been successful in planting the ‘talking point seeds’, memetically, within the discourse – in painting Putin’s actions as ‘understandable’.

Thus, this has been a ground-breaking maneuver reflecting a high level of operational capacity on the intelligence level,  from Moscow to Paris.

However this means that only the narrative of popular uprisings can be patterned by the actions of Moscow. This mirrors the discourse of the Arab Spring.

The CSS has previously – and originally – been the first among its peers to put forward the thesis that Russia had learned the methods of the Arab Spring and Color Revolution and is actively implementing them both within its sphere of historical influence but also Turkey and perhaps Syria. .

Flores also explains how these events reflect some of the work by Dugin, and others of the Eurasianist movement, to coordinate the activities and mutual understanding between elements of the radical or traditional right, including Russian nationalists, monarchists, and Cossacks on the one hand, and anti-imperialists, communists, and labor/working-class militants on the other.

Further projections and speculations are made on the efforts to nationalize the oligarchy and possibilities of the working class of Novorossiya and Malorossiya to effect gains through a combination class struggle and national struggle.

8 thoughts on “The Situation Room: War in the Ukraine”