Democracy Is A Lie: The Tribal Anthropology Of Politics

Our democracy compartmentalizes extreme singular views that already exist in a pluralistic form in all of us, as seen in tribal societies.

Democracy effectively compartmentalizes these and makes them into factions which make political and sometimes actual war with each other.  This is a classic example of divide and conquer.  The ruling class exploits these and other basic elements of human psychology to their own advantage.

Most of the broader tendencies of human beings which we see in their practices and beliefs are possibly rooted in their biological makeup, as the product of perhaps the natural, social, and sexual selection mechanisms within the process of evolution.  And perhaps these are also ever present tendencies for reasons unknown, which connect to larger mysteries with regard to questions surrounding spirituality and the past, future, and the origins and destiny of humanity.  These may be revealed to us over time.

All of these relate to the viability of the human groups in question.  One can see how the underlying ‘feelings’ and ‘sensibilities’ (f&s) which form the basis of most all of the present political ideologies represent tendencies which relate to the survival of human societies in their origins.  Only in recorded history are these reified into more complex, distinct, and ‘named’ ideals or ideologies, and more so now under conditions of modernity than at any time in the past. 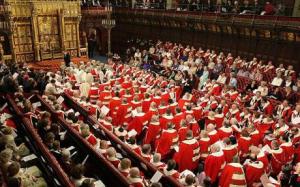 What once existed as a continuity of ‘feelings’ and ‘sensibilities’ – f&s – and expressed by tendencies within prehistoric hunter & gatherer tribal societies are now exaggerated into the spectrum of modern ideologies.  These exaggerated expressions under conditions of modernity tend to obfuscate the reality which is that all of the feelings and sensibilities which form the core of the present day ideologies exist to varying degrees within each person.

As a result of this exaggeration, people are more readily compartmentalized into political factions, which upon completion represent a process of divide and conquer as effected by the ruling class or elite stratum. 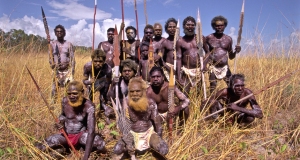 Ideologies do not represent a direct correlation with the underlying human f&s, and more over other ideologies represent amalgams of several or more, which we will discuss momentarily.  Amalgam ideologies may represent something closer to the original human disposition, prior to the rise of societies of mass scale and exaggerated political divisions.  Moving forward in the modern era from Liberalism onward in time, each subsequent exaggeration is increasingly amalgamatic or syncretic.

Still it is possible to give some sort of picture which compares, as we do below, the underlying human f&s and possible resulting political ideologies.  One should note that the more that these ideologies represent increasingly inclusive amalgams of these base human sensibilities, the more potent they are and the more predictive of a future viable post-ideological or meta-ideological movement it is.

We will explain these through their inversions; the original problem of which the compensatory f&s of the past forms the present day exaggerated political ideology or belief.

Finally, the descriptions of the exaggerated political form is not intended to indicate that the present form actually resolves the problem which it responds to, nor that there is a direct relationship between what adherents believe and what leaders representing those strains actually practice.

Below is a brief, explanatory, but incomplete layout of this frame.

– Tribes which had too great a disparity in wealth, as a form of socio-economic power, between those with it and those without it were fundamentally unstable as this created social strife which is a weakness in this context, and also it was less efficient in the long term because eventually coercive mechanisms would be utilized rather than the internalized, consent based and self regulating mechanisms.  Tribes which practiced great disparity of wealth had a difficult time building consent, especially explosive for the tribe would have been situations of war or famine or other human or natural disasters.  Arising from this is a human tendency to react negatively when great disparities are observed. Over concentration of wealth can include hording, which works against productive allocation.

At the same time, it is also conceivable that extraordinary disparities in wealth were simply not possible in the distant past, and as such when human groups perceive this dynamic under modern conditions it triggers a strong sense of revulsion, as it would seem unnatural.

* A mitigating sensibility or feeling against these inequalities is where we find the origins of much of the communist and socialist type modern exaggeration, and also intersect with left-liberal or social-democratic critiques of ‘excessive’ capitalism, as well as fascist and nationalist exaggerations in response to the same problem.

– Tribes which had too great a concentration of power, expressed as a disparity of political power between those with and those without it were, like wealth imbalanced societies, also fundamentally unstable for similar reasons.  This is distinct from wealth distribution disparities.  While wealth and power are related, it is possible that a disparity of wealth be within a manageable, even preferable  level, while the distribution of power be unmanageable and nonviable.  These also relate to problems from over homogeneity and over heterogeneity, but are nevertheless distinct.

* A mitigating feeling or sensibility against this great disparity is where we find the origins of democratism and related theories of ‘separation of powers‘ as an exaggerated ideology or compartment.  While anarchist, social-democratic and similar euro-communist and socialist also emerge in response to these, the fascist conceptions do not always and this fact helps, in the inverse, distinguish it from wealth disparity responses.

Likewise it is possible that too great a concentration of power was not possible under conditions of the distant past, and this innate f&s is triggered producing susceptibility to democratism as separation of  powers.

– Tribes which had too little of a disparity of wealth would seem, out of all disparity arising problems, remain mostly stable so long as there was a stable distribution of power which could accomplish the tasks of exerting a forced social control over individual wealth.  This can be difficult to untangle, because wealth and power are strongly correlated, and we should also be cautious in equating modern conceptions of wealth which are accumulated and concentrated at extraordinary rates and in extraordinary quantities.  Various pre-historical modes of social organization defined and practiced questions of property very differently.  Lacking the modern distortion or exaggeration of Liberalism, Individualism, and by extension Capitalism, one can easily imagine how the realm of personal wealth as a social fact would be limited or offset – especially in times of significant need – by the properly balanced distribution of political power to be exercised in the broader interests of the tribe as a whole.  Nevertheless, a problem which can foreseeably arise from such an inequity

* A mitigating sensibility against this imbalance is where we may find the origins of the modern and exaggerated ideology of capitalism and related forms of financial elitism including oligarchies.

– Tribes which had too great of a homogenizing tendency were unable to develop new techniques or understand their past errors.  When tribes do not allow for ‘experiments in living’ and are intolerant of variations of established precedent or practice consequently did not improve their ways of doing things, were unable to keep up with changing environments, changes in population sizes, other changes as well, and did not keep up with their neighbors. Tribes that did not understand that there was value in the fact that each member of the tribe had lived a slightly different life, were unable to get them to speak on this and to share this different perspective.  The fact is that each tribe member had experienced events in a slightly different way, and perhaps while in contemplation or in performing work had stumbled upon a different view or method towards some concept or phenomenon.  In establishing norms or making decisions, the tribal elder(s) failed to poll other members in their society.  Those other members were discouraged from finding ‘new’ things or ideas, and consequently also arrived at less of them.  There was not an environment for these to flourish, and the societies died off and many of their members did as well.  Also feeling alienated from the decision making process, the withdraw of creative input was also related to withdraw of sacrifice, extra labor, and general support for the tribal establishment; all of which having long term destabilizing effects on the tribal community.

* A mitigating sensibility or feeling against this excess of homogeneity is where we find much of the individualist, anarchist, and liberal type of modern exaggeration, and these relate also with and correlate with capitalist and left-liberal and conservative-liberal as well as progressive and social-democratic exaggerations in response to the same problem.

– Tribes which had too great of a heterogeneous tendency were unable to develop a strong core tribal identity, establish necessary cohesive rituals and practices.  Being too open to various ideas, it failed to establish a hierarchy of primary ideas or dominant ideas which could order or corral emergent, erroneous, secondary, and tertiary type ideas. Another result was that the ideas, practices, beliefs, techniques, and other cultural phenomenon of neighboring tribes were so readily and uncritically accepted by the tribe in question that they were quickly assimilated or overrun by them.  They were also unable to distinguish themselves from their neighbors.  These practices left the tribe open to various kinds of external assaults and internal erosion, the loss of its own framework, an erosion of a sense of purpose and order among the people, and the inability to maintain a cultural cohesion conducive to stability.

* A mitigating sensibility or feeling against this problem of excessive heterogeneity is found in the modern exaggerated ideology compartmentalized as Nationalism.

– Tribes which were overly egalitarian and horizontal in political norms were ones where leaders were viewed as soft and facile, perhaps also indecisive and of weak constitution, the young spoke out publicly against the elders, an anarchy of daily discourse became commonplace.  This would also seem to give rise to an imbalanced degree of permissiveness in the social sphere, creating divisions and reasons for anti-social behaviour.

* A mitigating sensibility may be found in the modern exaggerated ideology compartmentalized as Fascism.  Yet at the same time, fascism also touches upon addressing other deficiencies and in this sense is similar to Communism, and while having it’s own problems it is also more of an amalgam than Liberalism.

At the same time, it would be wrong to create an overly deterministic or simplified view in terms of evolutionary psychology or other biological matters in relationship to these meta-political sensibilities.  The primary point of this exercise is not to overstate the basic concept, but to introduce it.

This interview, filmed under hurried conditions, Mr. Flores attempts to summarize this view as succinctly as possible.