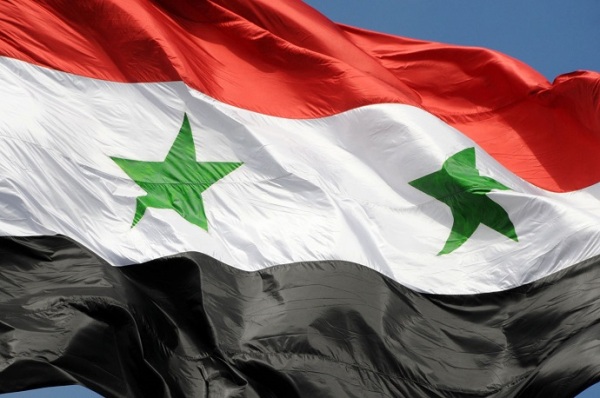 Summary of the Belgrade Conference and Panel Discussion on Syria on the 18th December, 2013 (video below) 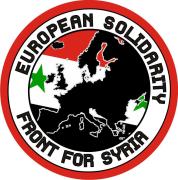 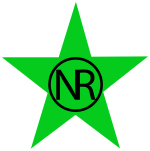 (This is a more in depth variation of an article, this version containing more politically sensitive information for our English language readers, which ran on several popular Serbian websites, including here: Одржана трибина “Истина о Сирији” )

The panel was organized largely by Teša Tešanović of the Serbian Radical Party, nominee to the Executive Board of the Center for Syncretic Studies, and sympathizer of New Resistance and supporter of the GRA/4pt.  Tešanović explained the primary motive for organizing the this event, given its subject matter.  The conflict in Syria is the fiercest military conflict in the world today and represents a geopolitical turning point in the neuralgic region of the Middle East, where the geopolitical changes can affect almost the entire world course and scope of the Balkan Peninsula and Serbia .  Tešanović pointed out that this conflict can be understood as a particular phase of the so-called Arab Spring.

Gene Sharp – US architect of the Arab Spring/Color Revolution tactic

The Arab Spring tactic was executed with the aim of destabilizing the Near East regimes and establishing incompetent puppet governments to strengthen the influence of the United States in this area.  Just when the model of orchestrated rebellions of the Arab Spring proved successful in several North African and Middle East countries it then came to Syria where it confronted a strong and impassable barrier.

The wider geopolitical importance of the increasingly likely victory of the Syrian army and the government of Bashar al-Assad can only be speculated on, but it is beyond doubt the primary and most important geopolitical crossroads of our time.  Tešanović pointed out that understanding the importance of the war in Syria was not the only reason for conducting the evening’s panel discussion: it is also the opinion makers in media and their inadequate and superficial reporting to the Serbian public about events in Syria.  Media in Serbia, acting as a mostly uncritical transfer agency citing from Western sources, is ignoring the fact that Syria is the victim of armed aggression and media demonization in the same way that Serbia was in the recent past.

It is for these reasons that Serbians involved in ‘Support for Syria and Bashar al-Assad from the People of Serbia’ have joined together with other European allies and fraternal organizations and have coalesced into the European Solidarity Front for Syria (ESFS). While community organizing, raising awareness through demonstrations and teach-ins, and fundraising in other European countries not long after the outbreak of hostilities in Syria, this December 18th meeting marked the first ESFS conference in Serbia.  The Center for Syncretic Studies and their allies in the Serbian Radical Party hail this development.

After the introductory speech, the audience was addressed by American political scientist Joaquin Flores, founder and Director of the NGO Center for Syncretic Studies and supporter of New Resistance, the GRA/4pt, and sympathizer of the Serbian Radical Party.  Flores, in a very effective presentation pointed out the main features of the Syrian conflict and its geopolitical importance including the main elements of Western policy towards the conflict in Syria.  In the opinion of Flores, the United States and other Western powers have as its primary interest at this stage in the Middle East, a policy of scorched earth for the whole region, to bring in such a state of political chaos in which it would have no more significance.

He also stressed the importance of eliminating the terrorist groups in Syria, not only from a legal and moral perspective, but also from the pragmatic standpoint that stopping these groups means that they will not be able to be used as a tool of U.S. policy elsewhere in the world, including Serbia.

After Flores’ speech was a presentation by Serbian General Bozidar Delic, a leading member of the Serbian Radical Party, and former Vice-President of the National Assembly of the Republic of Serbia.  He explained a number of details from the history of the so-called Arab Spring, including that mechanisms used for that were also similarly used for the orchestrated crisis of Yugoslavia in 2000 and in Ukraine this year.  It was pointed out that the volatile situation in Ukraine in recent days had a number of key characteristics reminiscent of similar orchestrated coups around the world, noting that in these cases the opposition groups deliberately provoke violent clashes with authorities with the likely aim of escalating the civil disturbance and social strife.  In a very informative presentation, General Delic pointed out virtually all the important elements in the Syrian conflict.  It was pointed out that in the beginning of the conflict the Syrian army was poorly prepared for urban operations because like any army of a sovereign state, it is mainly prepared and trained to defend the country against external aggression. 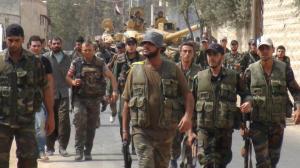 However, as the general said, this initial disadvantage had been largely overcome in the further course of the conflict.  The reality of foreign supported rebel groups and the infiltration of a large number of terrorist fighters from the area, with the support of regional and Western powers was also stressed by a number of substantiated specific examples.  It was also pointed out that the character of the radical Islamist ideology that terrorist groups are importing into Syria is a powerful factor causing divisions among the Syrian citizens themselves.  Even when citizens are dissatisfied with the government they know that the alternative is catastrophic and leads to the disintegration of the country and its total destruction. 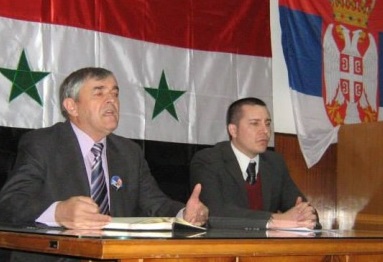 Particularly interesting were the parallels between the war in Syria, the conflict in Kosovo and Metohija during 1998 and 1999 in which General Delic played a prominent role. General Delic finally stated his optimism that the Syrian army is successful to the extent that it achieves superiority on the ground so that there would be no real possibility to obstruct the achievement of a peaceful solution to the conflict and negotiation process.  The next negotiations are planned for January as the Geneva II conference.

2 thoughts on “Belgrade Panel Discussion: “The Truth About Syria””