Member of the Executive Board of the Center for Syncretic Studies, Boris Nad, has given an interview for Serbian news portal Srbin.info, which we are reproducing.

The price of oil has risen in last 6 months on lowest level since economic crisis of 2008. Who benefits from global drop of oil prices? Who is behind it?

t’s actually a war being waged that USA has led for a long time with all means necessary, with the help its allies. (Before then for centuries the same was done by Britain). The fall of ruble and artificial lowering of oil prices, in both cases as a consequence of speculations on world market, are just its last episodes. War in the ruins of Ukraine has similar meaning for US strategists.

Adviser of president Putin Sergey Glasiev speaks about Fourth world war, that will come right after the end of Third – The Cold War, that was led against Soviet Union and that ended with its fall; maybe its better to talk just about one world war that started in 1914, or before that, and that lasts without interruption until now.

In the operation to drop the oil prices on the world market, the main role was played by Saudi Arabia, that similarly to Britain, now sustains considerable damage. But the Russian economy managed to survive that double attack. If this assumption is true, then the drop in oil prices will not be long term and during 2015 oil prices will again to start to rise. In a similar manner, we should expect the growth of Russian ruble.  Especially because China is helping the ruble against attacks.

Actually, here we are seeing deep changes in planetary balance of power, a conflict of titanic proportions. We should have in mind that parallel to that there is a financial war of great forces, Russia and China, against the dollar, in other words, against Western control over financial flows, that dollar represents as a main instrument of financial power.

Actually, USA is desperately trying to preserve unipolar world and to keep its position of unchallenged world hegemon, and they are no longer choosing the means to achieve that, because they realize what is at stake in that future game of what use to be called “last world superpower”. And they are not very good at that any more. American power, despite everything, continues to fall rapidly. USA is not any more only, nor last super power. Today at the end of its rule, we can see the traces of the future multipolar world.

Was the “Southern stream” really cancelled? What are the consequences for Serbia and the region?

I personally think that the project “South stream” was finally cancelled, or at least rescheduled for very long time, because of obstruction from Brussels. Because the EU doesn’t have its political will, and because its just a sub-imperial project of Washington, it acted against the interest of the whole continent of Europe, Eurasia. In that situation, it is understandable that Russia decided to give the advantage to alternative project, a treaty with Turkey, that was without any doubt prepared for a long time.

Its hard to judge the damage that it caused to Serbia. Here we are not just talking about direct investments in “South stream”, but also about energy stability of a country. The geopolitical picture of Balkans, Europe at larger scale, was changed.  But anyway, renewal of Russian influence in Balkans, especially in the moment when US power started to suddenly decrease, is necessity, and we have no doubt that Kremlin will find a way to compensate for losses.

Your new book “Towards post history” just was released in Serbian language. There you putt out a thesis that the root of US totalitarianism lies in church split and reformation. Can you tell us more about it?

Thesis that you mentioned was developed in my book “Return of the Myth”, and latter in a few chapters of “Post History”. It rests on a simple idea: totalitarianism was not defeated in 1945, nor in 1989, by victory of liberalism against fascism and communism, but instead from that moment totalitarianism transformed in to its final form – as liberal totalitarianism. And besides, notorious “eastern totalitarianism” was created only as a reaction the western, where it has its deep roots, and not the other way around. 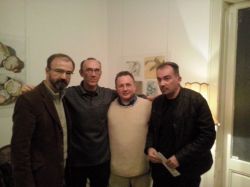 Term “post history” was created so it would mark that new reality, that we live in now. In history, man used to rule itself, and historical conditions where just consequences of its acts and thoughts. In post history, man stops being sovereign and becomes a victim and the prey of a technocratic utopian reality: reality of cyborgs, humanoids, transhumanism… That reality is best personified by USA and in lesser extent EU.

Historical optimism and the cult of progress already belongs to old times, now its replaced by sights of horror.  Its not a consequence of strength, but of cowardice and weakness of modern man.

Those deep roots of totalitarianism should be looked in western version of Christianity. In that sense, East–West Schism was one of the major events in history.  Only from that moment we can talk about the West (in the beginning roman catholic), against the orthodox East. Precisely in Roman Catholicism , as more “modern” and “progressive”, we can see the traces of tendencies that continued with reformation and enlightenment, and those are individualism, economism, and utilitarian rationalism. 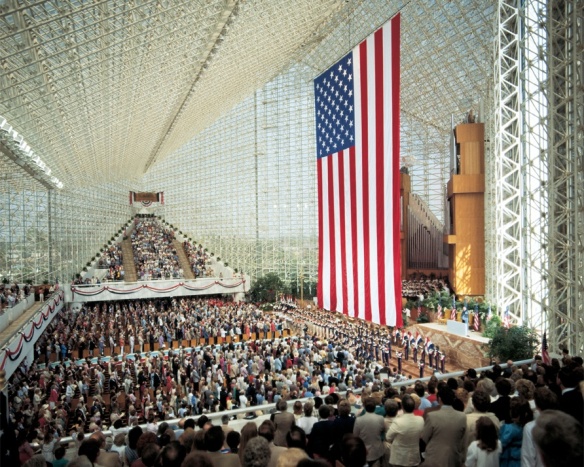 With American Protestantism, especially in its fundamentalist forms, like dispensationalism, it acquired new and more deviant traces. One of the reasons why the USA is not a separate civilization, is that it has no tradition of its own, nor deep cultural roots, but represents just an anomaly, a deviation of European heritage.  Thomas Molnar talked about the USA in that sense as “deep and true alienation”.  Dragos Kalajic, in much more direct fashion, talked about “US evil”.  That “evil” now is attacking Europe.

We should also point out that liberal totalitarianism all over the world now is showing itself as the enemy of everything traditional, that it is trying to crush and change big and old civilizations, by causing internal conflicts in them, between “modern”, “liberal”, “progressive” and “new” and, on the other hand ,“conservative”, “reactionary” and “primitive”.

This conflict already has planetary dimensions. To say the truth, we don’t know how it will end. One of the possibilities is a state of billions people- ants in a technocratic dystopia.

That would be liberal position. But on the other hand german writer Ernst Junger had a different vision: that the 20th century was a century of titans, but that the 21st century will be century of gods.

How do you comment on the attack on “Charlie Hedbo” newspaper redaction and everything that came after that?

If you judged only by what western media says, in the case of “Charlie Hedbo” we are seeing a fight for free media. But “Charlie Hedbo” was a newsletter of the ruling ideology, and not just in France, but more or less in the entire European Union. It doesn’t allow different opinions, except the ones that are allowed by liberal criteria’s. Alexander Prokhanov calls all of it by more  appropriate term : “It’s a freedom of blasphemy”. Blasphemy might be acceptable to the western world, western culture, but not to Islamic, or some other civilization. “Pussy riot” played a similar role in Russia.

Other dimension of it is multicultural society. Now we see that its in the least, nonfunctional and that Muslims in France, Britain, Germany, Sweden, don’t accept the status that is given to them: a citizen without any identity, religious or ethnic, whether they like it or not.  As we see, the West is for now not showing the will for a true dialog, not just with the growing Muslim population, but instead actually a very negative, condescending,  stance towards civilizations that are completely different then Western. In other words, that is the western rejection of a multi-polar, truly plural world, or insisting on unipolar world and on western values –  on western hegemony.  We need to add to this a foreign policy dimension of the problem: French engagement in NATO military operations, in Libya and Middle east and so on. That is just another sign of deep crisis in the model that is offered by the  EU and USA.

Finally,  those who say “Je suis Charlie” really are delivering a basic formula of our time. Liberals, advocates of unipolar world, world based on western values and US hegemony, are really “Charlie”. They are forming united front. While everyone else is refusing to take part in it.

2 thoughts on “Boris Nad: We are Witnessing a Deep Crisis in the Model that is Offered by the EU and USA”