The concept of peaceful coexistence, the basis of Soviet foreign policy formation in the interwar period, was only meant to be a temporary measure. In accordance with communist thinking prevalent immediately after the First World War, it was thought that the entire European continent was on the verge of proletariat revolution. Therefore, Lenin viewed peaceful coexistence as a transitory policy that would evolve into something else after communist movements seized power in the near future. As was to be seen, the continental-wide communist revolution that Lenin had hoped for never materialized. Therefore, the Soviet Union was left with a dilemma: should it retain a briefly thought of foreign policy and cautiously extend it into an uncertain future, or should it isolate itself from the entire capitalist world for an undetermined amount of time? As it is counterproductive in the field of International Relations to completely isolate oneself from others (as the ideologue Trotsky had once encouraged), the Soviet Union wisely chose to go forward with the former of the two choices. 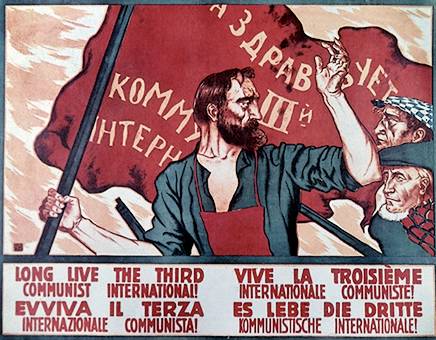 This presented somewhat of a conundrum for Soviet foreign policy, as it had to rectify reality with ideology. As such, the concept of peaceful coexistence was extended from a period of weeks to a period of years. Additionally, another obstacle that the Soviet Union encountered during this period was that the overwhelming majority of the former imperial elite, who comprised the previous echelons of power and policy, had fled the country as a result of the tumultuous civil war. Therefore, relative neophytes were left to fill their vacancies, creating yet another challenge for policy making.

It was within this context that the initial short-term policy of peaceful coexistence had to adapt to long-term realities. The policy was modified to allow for economic interactions with the capitalist states. This allowed for the Soviet Union to receive much-needed hardware and resources that were necessary for its planned modernization. Communist theory at the time held that such peaceful coexistence would allow the Soviet Union to grow into an economic giant, thereby enabling it to better spread its ideology and serve as a beacon for other like-minded movements and sympathizers. The period of peace from the conclusion of the Civil War until the beginning of World War II allowed the Soviet Union to combat its domestic challenges and enhance its internal strength, after which it would be more able to powerfully project its interests on the international level.

Soviet foreign policy during this time was also noted for its utilization of the Communist International (Comintern). This was an international organization of communist movements across the world that was led by the Soviet Union. One of the flaws of the Comintern was that it was too heavily dominated by Soviet (and to an extension, Great Russian) influence. This prevented the various members of the Comintern from adequately spreading their ideology in their unique national environments and specific economic situations. The Comintern has been criticized as being co-opted simply as a tool of Soviet foreign policy, and this mitigated its effectiveness in achieving the stated ideological goals.

As seen through the communist perspective, Soviet Union was indeed placed in what it viewed to be a startling situation. Due to what it viewed as ‘capitalist encirclement’, the Soviet Union had to deal with perceived enemies all around its borders. The Allied Intervention during the Russian Civil War contributed to this feeling of suspiciousness. Although slow to do so, the Soviet Union eventually entered into diplomatic relations with the majority of the world. Some diplomatic recognition was as a result of the new Soviet government taking ownership and responsibility for Tsarist-era debts to its foreign creditors. As previously mentioned, when peaceful coexistence began to morph into a long-term strategy, such recognition assisted in the Soviet Union gaining access to valuable materials and technologies that were necessary for its modernization program.

Diplomatically, the Soviet Union sought to safeguard its security by entering into two prominent non-aggression pacts: one with Poland, and the other with Germany. Germany violated the agreement when it invaded the Soviet Union two years later, and the agreement with Poland was abrogated when the Soviet Union reclaimed parts of Eastern Poland that Warsaw had plundered from the ruins of the Russian Empire.  Moscow sought to promote its national interests by not only unifying the Belarusians and Ukrainians in the Soviet Union with their brethren in Poland, but also by sending a strong signal to France and England as to its dissatisfaction with their conduct during the ‘Munich Plot’.

Although the Soviet involvement in Eastern Poland after the German invasion elicits many emotions on the side of Poles and other Westerners, in reality, Poland was never a well-intentioned neighbor of the Soviet Union during the interwar period, and Moscow’s actions deserve further contextual examination. Josef Pilsudski, the former leader of Poland, advocated a policy of ‘Prometheism’ that aimed at the complete destruction of not only the Soviet Union, but also of Russia herself, through emboldening the myriad of ethnic minorities to rise up against the center. The policy obviously bore no fruit, but regardless, the idea remained that the Polish government was determined to existentially undermine the Soviet Union through indirect methods. Although ineffective and improperly conducted, covertly plotting the complete destruction of another state through a Hobbesian civil ‘war of all against all’ can clearly be seen as a hostile policy. It can thus be argued that although the Soviet Union was in a non-aggression pact with Poland, it 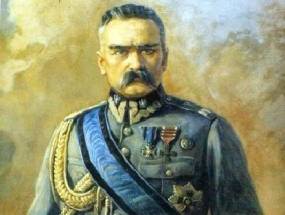 decided to act during an opportune time (the German military involvement) to neutralize any further threat of separatism that may emanate from its neighbour. In an ironic twist, Pilsudski’s policy of dismembering a state along ethnic lines came to home to roost in the nest in which it was born, as the Belarusian, Lithuanian, and Ukrainian minorities of Poland would no longer live under Warsaw’s control.

Although a closer examination of the topic is necessary in order to gain a fuller understanding of the issue, it can be seen that Soviet interwar foreign policy had its challenges, successes, and controversies. Soviet foreign policy had to accommodate for the limits of ideology, which served to hinder its overall effectiveness. The concept of peaceful coexistence played a prominent role during those years, and the struggle to implement an initially short-term policy into a long-term application occupied a significant place in Moscow’s foreign policy. The Comintern may have been a thoughtful tool, but its utility was compromised by excessive ideological considerations and Soviet dominance over the individual members. The Soviet Union’s agreement to the two examined non-aggression treaties served short-term policy goals, although both would be violated before their expected expiration. Considering the ideological limitations, the nurturing of new foreign policy elites to replace the old guard, and the complex international environment of the times, Soviet foreign policy during the interwar period can be seen as successful as it possibly could be in achieving the national interests of the state.

Copyright © Center for Syncretic Studies 2015 – All Rights Reserved. No part of this website may be reproduced for commercial purposes without expressed consent of the author. Contact our Press Center to inquire.

For non commercial purposes: Back-links and complete reproductions are hereby permitted with author’s name and CSS website name appearing clearly on the page where the reproduced material is published.
Quotes and snippets are permissible insofar as they do not alter the meaning of the original work, as determined by the work’s original author.

1 thought on “The Effectiveness of Soviet Interwar Foreign Policy”