From the begining of crisis in Ukraine and referendum on joining of Crimea to Russian federation, many of the western media have speculated what kind of efect will the crisis have on Tartar national minority that exists in Crimea. Many of them where supraised to find out that amoung the muslim population on Crimea there are a lot of pro Russian activists that didnt have a postive view on Kiev Junta goverment. In interview for serbian academic magasine, Vasvi Ambduraimov, leader of organization of crimean tartars “Mili Firka” talks about the history of his people and situation on Crimea.

1. Can you tell us something about yourself and your organization and its history, roots and influences?

– Milliy Firqa’s public organization (in translation from Crimean Tatar is the People’s party) was created in Crimea in 2006 when as a result of the aggressive nationalistic policy in Ukraine concerning “indigenous dwellers” the ethnic question of the Crimean Tatars was forced into a dead lock. And the policy of the accelerated assimilation of the Crimean Tatars by dissolution of the nation across the all territory of Ukraine was pursued by the authorities of Ukraine through the structure Kurultay Mejlis which was created by them. The base of the ideology of Milliy Firqa is the doctrine of the great educator of the East Ismail Gasprinski about Slavyano-Turkic unity on the open spaces of Eurasia as a necessary condition of the preservation and development of the Russian and Turkic worlds and their people within the united sociocultural matrix. Now the Crimean Republican Public Organization of Sociocultural Development of Milliy Firqa (such is the full legal name of our organization) is registered in the Ministry of Justice of the Russian Federation with the status of the legal entity. I have honor to head the Board of Milliy Firqa and to represent the organization at all levels.

– And there is no wonder. About whom should write the western mass media, how not about the satellites and conductors of an euroatlanticism in the Crimean Tatar environment whо are the structure of Kurultay Mejlis and it’s heads Mustafa Dzhemilev and Refat Chubarov?! None of the mortal can be the only just voice for these or those people. It always was, is and will be only One-Above-All. As for support the Crimean Tatars of M. Dzhemilev, I think that soon it will be narrowed to his direct relatives and those whom he supports with money which generously receives from the same western government and non-governmental institutions. In Ukrainian Crimea M. Dzhemilev was demanded, in Russian Crimea he is not.

– The Decree of the Russian President Vladimir Putin put the end to a question of rehabilitation of the Crimean Tatars and representatives of the ethnic minorities which were suffered under Stalin. Now the necessary and sufficient legal base is created in the Russian Federation for the solution of all pressing problems of the repressed people, including Crimean Tatars. What says the Decree. The case is for the practical realization which leaves much to be desired. I am convinced, that the solution of the general Crimean question and national, as its component, is in the interests of the Russian Federation strengthening and in success of the global geopolitical projects initiated by Moscow as the alternative to the euroatlantic aspirations of submission of the world to the united center.

4.There is a problem of Islamism amoung the some members of Crimean Tartar community. Who has interest to work against traditional Islam in Crimea and spread such heretical beliefs such as wahhabism? Was there any official body and organization behind such act?

– The problem of the international extremism and terrorism is a threat for all mankind. Often these phenomena enclothe in these or those religious forms. But it is a pure Satanism and has nothing in common with religions of monotheism. In the Muslim environment misantropic ideas are cultivated through these or those sects and groups. The Crimea didn’t become an exception too. And among Crimean Tatars there were those who were infected with a dangerous virus. Practically in Crimea they didn’t remain, all of them hurried to run away to Ukraine where they are used to fight against Russia, against the Crimea, against Crimean Tatars. 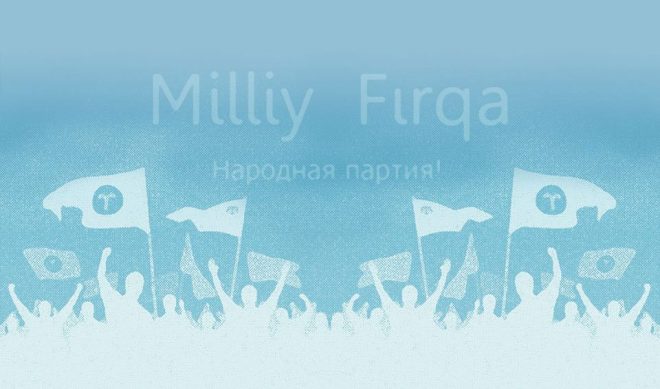 – Turkey is a special link of the Turkic world, being on a joint of the Western civilization, the Arab East and the Russian world. What kind of vector of development will be chosen by Erdogan and his team in many respects depends on with what the forthcoming repartition of the world will come to the end. Turkey nevertheless is more East, than West. Closer integration with the East and Russia to modern Turkey, in my opinion, is more natural, than the refusal of the traditional values and spirituality in favor of “a black hole” of western “delights”. And in this sense we, the Crimean Tatars, are ready to become the “torch” for Turkey, having laid to it a way to the big Turkic world in the close commonwealth with Russia …

Interview made by Tesha Teshanovic for Nova Srpska Politicka Misao